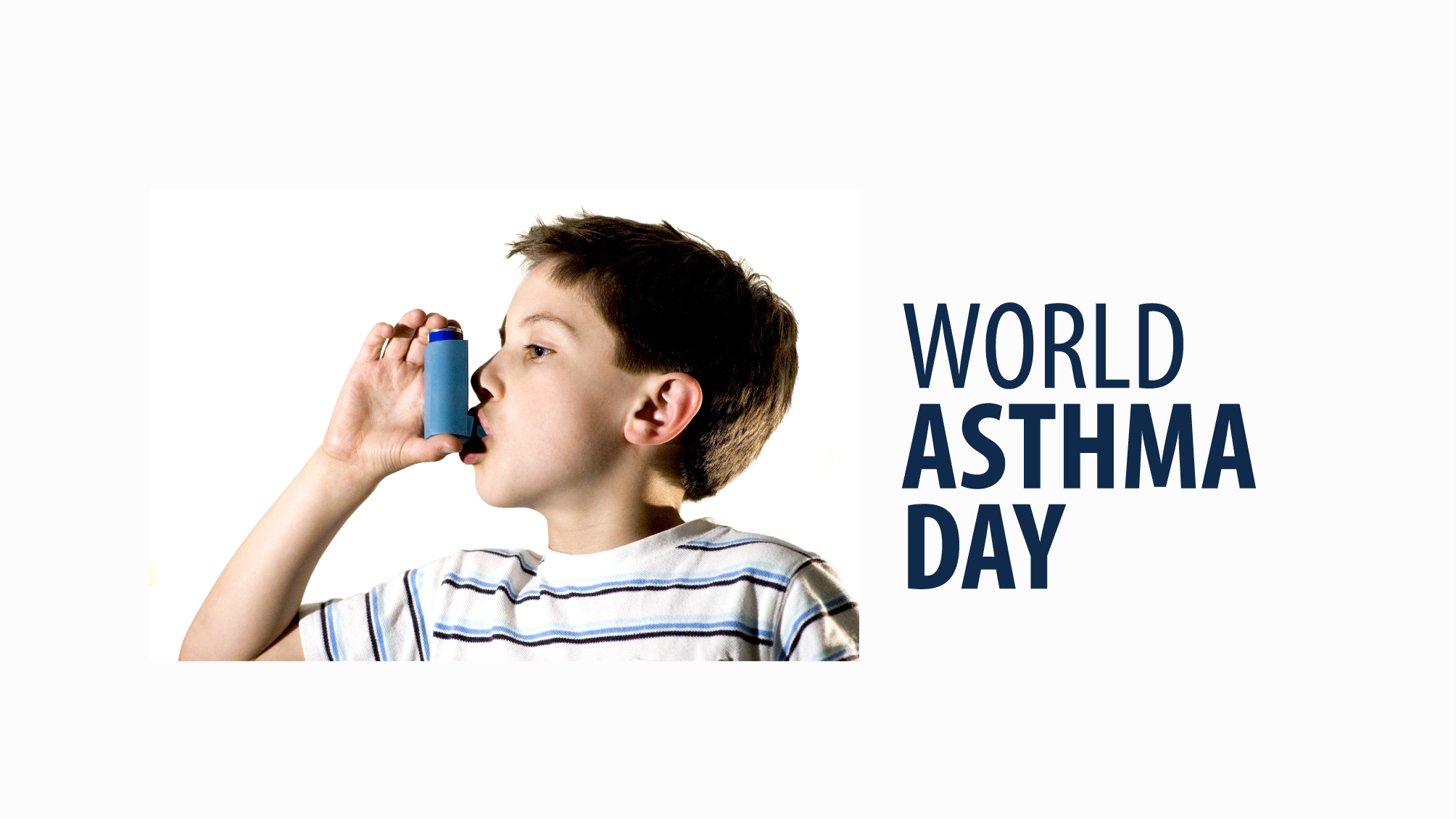 Meet Miss Sunitha, a 24 year old IT professional from Kerala, currently working in Bangalore. She had been hail and healthy apart from a ‘mild dust allergy’ till she started working at the Garden city. In here, she was having frequent attacks of cold, sneezing running nose and cough. It had made her skip her office days and sometimes even invited doubtful stares from colleagues especially after a bout of a cough. Of course, she had self-medicated with cough syrups and home remedies. Nothing provided any relief more than for a day. She decided to consult a doctor. She was asked to do some tests and was given a diagnosis of bronchial asthma with allergic rhinitis. She was on the verge of a breakdown hearing the diagnosis. To add to the agony, the prescription included an inhaler (the one which terminally ill wheezing people are seen pumping into their mouth in the movies commonly known as ‘pump of puff’). She doubted the diagnosis as she did not have wheezing or breathlessness like asthma patients. Anyways she decided to give it a try because her symptoms were troubling her. Fortunately, medicines relieved her of the symptoms within a week. By this time she had come across a lot of comments about her disease and treatment like “Oh she is an asthmatic” “ Do you know that once you start on these medicines, you will have to use it forever?” “Hey, these medicines are steroids which will produce serious side effects” “ inhalers are addictive”…etc. She decided to clear her doubts with her doctor and here it goes:-

What is asthma? And how is it diagnosed?

Asthma is a common, chronic (persisting for a long time) condition affecting the respiratory system in which the airways (breathing tubes) overreact to environmental or direct triggers which leads to chronic airway irritation and inflammation. Asthma can start at any age more commonly in childhood or early adulthood but even may appear for the first time in old age. The chronic irritation leads the linings of the breathing tubes to swell up and produce more secretions giving rise to symptoms such as a cough with or without sputum and wheezing (the whistling sound from the chest during breathing).
The disease is characterized by waxing and waning symptoms such as shortness of breath, wheezing, chest tightness/heaviness and or a cough. The symptoms may frequently occur in response to some irritant exposure such as dust particles, pollen, cockroaches, house dust mites, pets especially with fur, change in weather, strong odors, smoking, viral infections, certain food items, exercise or emotional outbursts. Typically symptoms are more common during the night and early mornings.
However, the cause of the increased sensitivity of breathing tubes to these triggers is poorly understood. There are various types of asthma-like asthma associated with allergy, the one which is not associated with allergy, asthma which presents for the first time in adult life, asthma associated with obesity and cough variant asthma. 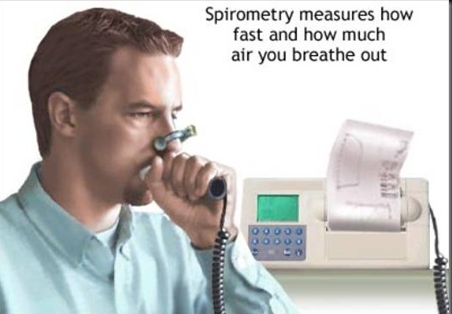 Diagnosis of asthma is made based on the symptoms, a clinical examination and a spirometry test. Additional tests may be needed depending on the patients. All the tests are aimed at finding a reduction in the airflow when you breathe out forcefully, due to narrowing of the airway.

How severe is my Asthma?

And by the word well-controlled asthma, it means that while on treatment patient does not have any activity limitation due to asthma; no daytime symptoms and hence no need for an extra dose of inhaler more than twice a week; no night symptoms and waking up due to the same. Uncontrolled asthma itself can lead to further attacks of asthma.

Asthma treatment is not aimed at controlling the symptoms alone but maintaining your lung capacity and preventing further severe flare-ups of asthma. Depending upon the severity the medications may include simple airway relaxing medications (bronchodilators) in very mild cases, a combination of inhaled steroid and bronchodilator (controller and reliever respectively) in moderate cases and sometimes injected medications and additional tablets in very severe asthma.
Medication is usually provided through an inhaler as this allows the patient to have maximum beneficial effects of medicines on the breathing tubes in spite of very low dosages needed which makes them safe for long-term usage. There are a variety of inhalers available on the market hence the prescription is tailored to the patient’s disease and concerns
Apart from being prescribed the correct treatment the adherence to treatment, correct method of taking the treatment are key to successful control of asthma. Another important part of treatment includes avoiding active or passive smoking, avoidance of dust, pets, any particular dusts or fumes at workplace, treating other associated diseases also like allergic manifestations in the nose, acidity, and regurgitation and giving emphasis on exercise and weight loss in case you are obese. 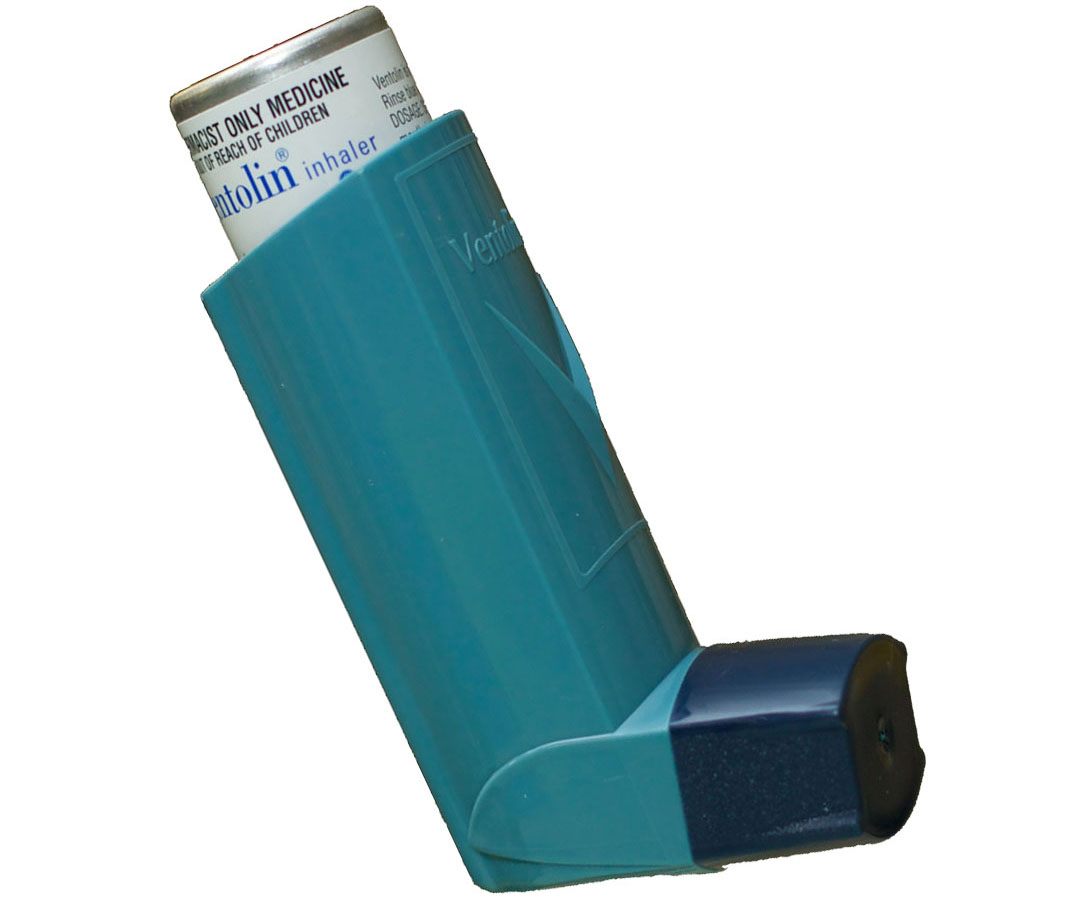 Inhaled medications have a good safety profile as inhalational formulary allows minimum dosage and localized action in the lungs rather than being circulated in the entire blood stream as in the case of tablets. Inhalers can produce a change in voice, fungal infections in the mouth or mouth soreness sometimes especially when the technique of inhalation is wrong or when a spacer is not used along with the inhaler. The bronchodilator can produce tremors in the hands and palpitation which usually subsides with continued usage.
In case of persistent symptoms and very severe asthma which are difficult to control or treat with routine medications, other advanced modalities of treatment like oral steroid medications, biological antibodies, tiotropium and bronchial thermoplasty are options.

When to stop treatment?

Another tricky part in the treatment of asthma is the need for the long duration of treatment. Asthma symptoms tend to recur if you stop treatment prematurely. Recurrent frequent attacks of asthma can lead to permanent harmful changes in the breathing tubes. A step down in the number and dosage of medications are considered when your symptoms are controlled with the current medication, and the control is sustained for about three months. It is recommended that patient is better treated with low dose inhaled steroid, even when the symptoms are minimal when there are any future risks.

Can I exercise? What are the foods and drugs to be avoided?

Of course, you can exercise once your symptoms are controlled with medication. Exercise can help improve the lung capacity and symptoms along with treatment. In fact, there is a condition called exercise-induced asthma in which the asthma is usually triggered by exercise. Even in this scenario, the patients are asked to continue exercising with the use of reliever medication before exercise.

There is no specific diet that has to be followed in asthma, but certainly, there are some measures that can suppress or alleviate the asthma conditions.
Manage your weight: Weight can be an important factor to worsen the symptoms associated with asthma. For example, obese people are more prone towards acid reflux which in turn can trigger asthma symptoms. Similarly sleep apnea which is a condition usually found in obese, associated with difficulty in breathing and low levels of oxygen in the night can lead to wheezing and shortness of breath.
Include fruits and vegetables more: Asthma is basically an inflammatory disease so including fruits and vegetables, a source of antioxidants will help in reducing inflammation and associated lung swelling. At least have 2 servings of fruits and 3-4 servings of vegetables daily.
Increase Vit. D intake: Studies have proven that Vit. D can help to reduce respiratory infection induced asthma symptoms by improving your immune system. Sources of Vit.D are Milk & milk products, eggs and fish.
Dairy foods and asthma: There is a little scientific evidence to prove that that dairy foods can trigger asthma. Calcium and magnesium from dairy and products help in calming lungs and better airflow. Consume 3-4 servings of dairy daily. One serving of dairy is equal to 250mL of milk, 200g of curd or 45g of paneer.
Omega 3 fatty acids: They are responsible for improving your immune system. Sources of omega 3 are flax seeds, walnuts, canola oil, sea fish.
Avoid Sulfites: These preservatives can trigger asthma in some people. Sources are like dried fruits, wine, fresh & frozen shrimps and pickled foods.
Gas-producing foods: Eating gas-producing foods can cause pressure on your diaphragm which may cause chest tightness and trigger asthma. Sources are Beans, cruciferous vegetables like cabbage, cauliflower, carbonated beverages, onions, garlic, fried foods.
Food allergens: Sometimes some food allergies are associated with asthma. Common food allergens are Shellfish, dairy products, wheat and tree nuts.
Asthma triggers vary from patient to patient. If the patient has noticed an allergic reaction to a particular food item in the past, it is better to avoid that. Sulfites and sulfiting agents in foods (found in dried fruits, prepared potatoes, wine, bottled lemon or lime juice and shrimp) may trigger an attack of asthma. There is a slightly increased risk reported by some patients for milk products like cheese, certain nuts, seafood and chilled food.
Medications to be avoided or to be taken with caution are NSAIDS (aspirin-like painkillers), ACE inhibitors and beta blockers (a drug used for heart diseases and high blood pressure). Even if you are consulting doctor for an unrelated problem, you should tell your doctor regarding asthma so that relevant caution is exercised.
In case of children, the preventive strategies include avoiding environmental tobacco smoke during pregnancy, during childhood, avoiding broad-spectrum antibiotics where possible even though the bad effects are not proven. Breastfeeding is promoted as it is shown to prevent wheezing episodes in early life. Also consuming vitamin E and vitamin D were shown to reduce the risk of wheezing in children in some studies.

Will it affect my future life?

Majority of asthma patients who are diagnosed early and on proper treatment can lead a normal life. However, if the disease is diagnosed late in the course/left inadequately treated it can lead to permanent airway narrowing in future which may manifest as constant breathlessness and poor quality of life. Still, at any point it is not too late to treat and merely starting on the proper treatment can lead to a great improvement in symptoms. As the world asthma day message goes “Never too early, Never too late. It’s always the right time to address airway disease.”
About The Author
Dr Anitha Jacob– MBBS , DNB ( Respiratory diseases ), RxDx.
Ms. Ratika Vinchurkar– MSc, Food & Nutrition, RxDx.

It’s the Indian version of Novavax which is already available in the European market.
Covovax is a “SARS-CoV-2 rS Protein (COVID-19) recombinant spike protein Nanoparticle Vaccine” administered intramuscularly, preferably in the deltoid muscle. It is the 2nd one manufactured by Serum Institute of India (SII) besides the Oxford-AstraZeneca vaccine Covishield.
Children aged 12 years and above can receive their Covovax doses at private centres.
Recommended interval between 2 doses (0.5 mL each) are 21 days.

Fill your details here to receive a response!